Navigation
Index
Memberlist
UserGroups
Profile
Search
FAQ
Search
Latest topics
» Do you know who that is?

» The most impressive things or plots in The Dark Night Rise

» Whats the new call of duty gonna be?

» How do you turn a regular day into a magical day ?

» Do You Interest to Buy This Horse Head Mask?

» Are YOU a Secret Unicorn?

» Which character you want to cosplay?

Top posters
Who is online?
In total there is 1 user online :: 0 Registered, 0 Hidden and 1 Guest

Well Im sure everyone knows what death note is(and they should) but for the few guests or people who come here and dont this is what it is
Light this guy in high school who at the top in his class as well as the rest of Japan comes across this note book called a Death note
it has all these rules and things but overall it kills whoever's name is written inside.
So he decides to use it to change the world and rid it f evil by kiliing off criminals. After a couple of days he meets Ryuk. Ryuk is a shinigami(a reaper like the grim reaper) and he dropped off the book. and since its lights now Ryuk just sits back and watches and every now and then gives light a little hint on how to get better.
Eventually the NPA(whatever the f**k that stands for

) notice and decide 'Hey!...We need ta do somtin!!" So they get L. The top decetive in the world to solve it(also the sexiest detective..rawr!) but he gets stumped as well.
So the whole series is really Light tring to figure out what L's name is cuz if he dont know name L no die

and weird yet awesome s**t happens on the way. its a really cool anime
YOU WATCH NOW!
LIGHT!!!! 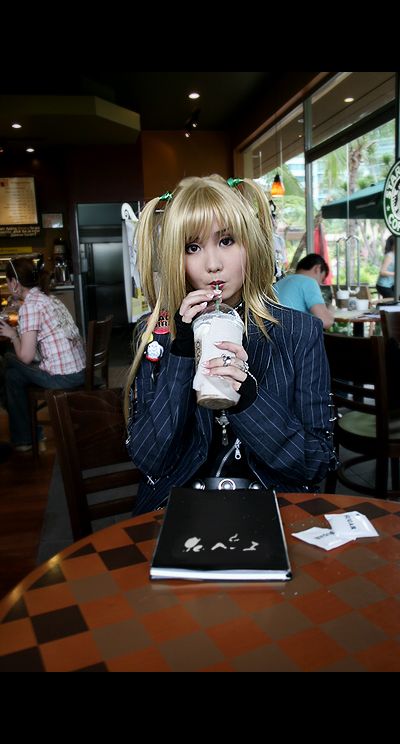 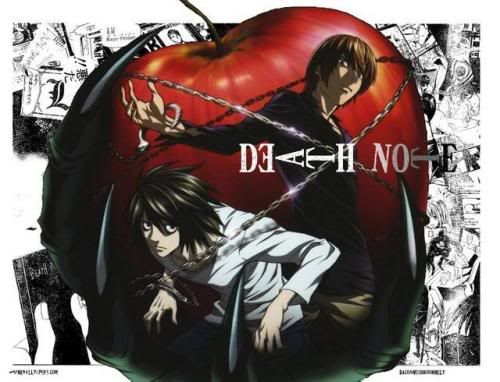 A pic of ryuk is already in thor's sig sooooo...

no more apples for Ryuk...XD 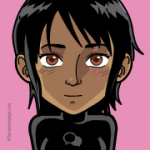